No products in the cart.
Home » Bailey’s Dental Surgery and X-Rays

Miss Bailey had a busy morning! I packed her favorite blanket, some hay, and a special mini-salad and dropped her off at the vet’s office. They had noticed a few pointy teeth during Bailey’s check-up in December and recommended filing them to avoid issues in the future. The procedure would be minor and take no more than 15 minutes, but since a little rabbit will not voluntarily keep the mouth open (and to avoid them being stressed) these filings are usually done under anesthesia.

Anesthesia? That gave us a good idea! We could finally quench our curiosity and get those x-rays done! When we first adopted Bailey in March of 2014 we immediately noticed that she doesn’t hop – she hobbles. She also can’t do everything a rabbit should be able to do. She can’t stand on her hind legs, she can’t really jump, she can’t go backwards, and her turn radius is rather large. When you pet her along the hip area there is a noticeable bump. And when she flops, she does it with her arms and legs stretched out straight, because she has a hard time getting up from her side. In general, she’s also pretty clumsy and runs into things regularly – probably because she can’t stop herself in time.

Bailey never seems to be in pain and the vet told us an x-ray could give us further details on what exactly is wrong with her, but we didn’t want to put her under without a good reason – and curiosity just wasn’t good enough.

Now that she was already out for the dental procedure, we asked for x-rays of her body and especially the hip. It turns out her pelvis is slightly shifted and not symmetric as it should be when you look at it head on. This could be due to an injury or she could have been born this way – the x-ray wasn’t enough to tell us that. All of her other bones and joints look great, though! No signs of arthritis and everything is as it should be. 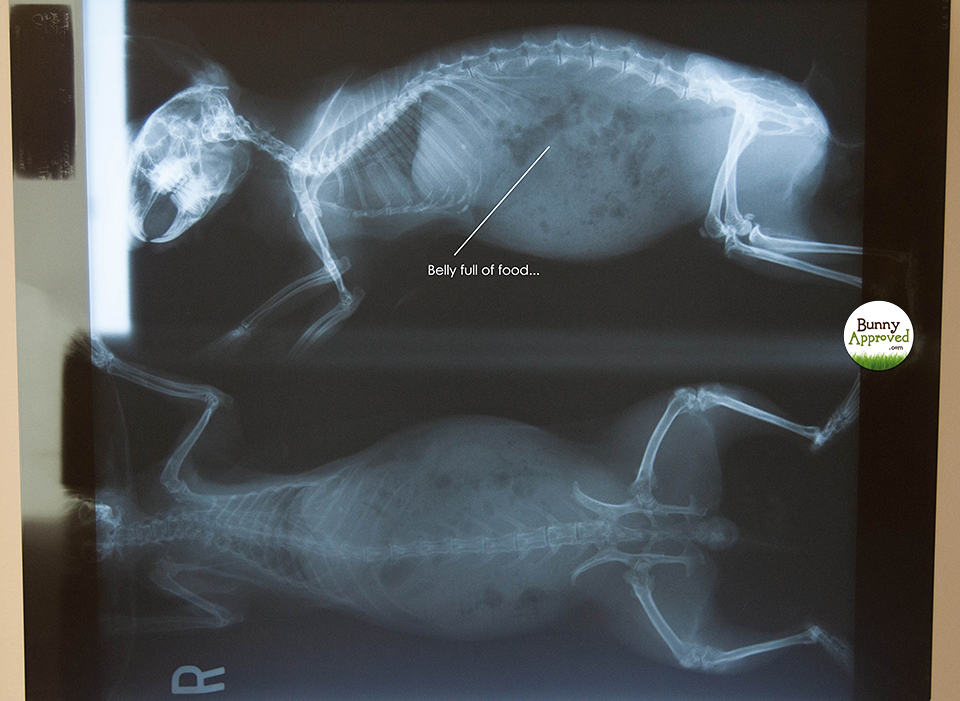 As far as the dental goes, I actually got to see a video of the surgery! It was a small camera and the monitor was also rather tiny, so the pictures didn’t come out as well, but it was cool to see and maybe you can make out what’s going on anyway. They used a tool to clip the pointy sides of the teeth and later filed them to make sure everything is even.

The teeth are all straight now and none of them were loose or crooked – although I did notice a bunch of breakfast salad stuck in between. Ha! After the surgery the vet said Bailey ate before she was even able to get up and there were no complications. She’s home now, cuddling with Bunny, and mad at the humans. I guess we need to whip out those treats. 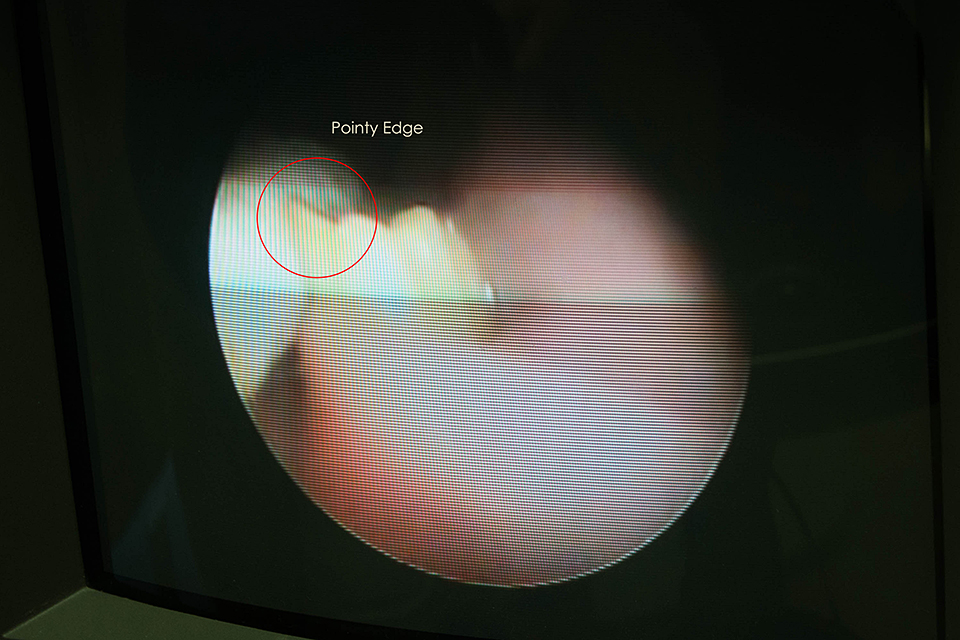 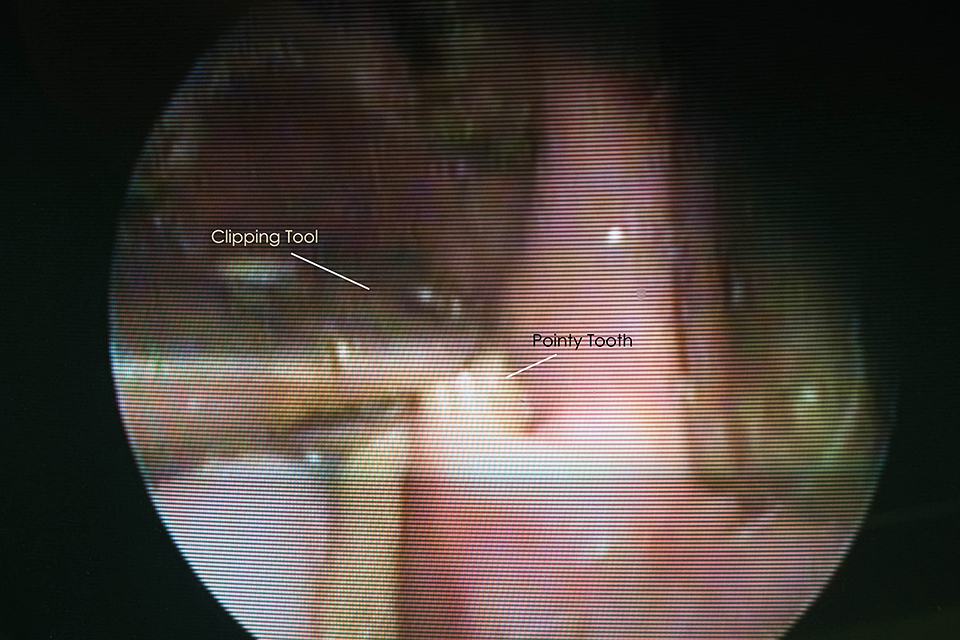 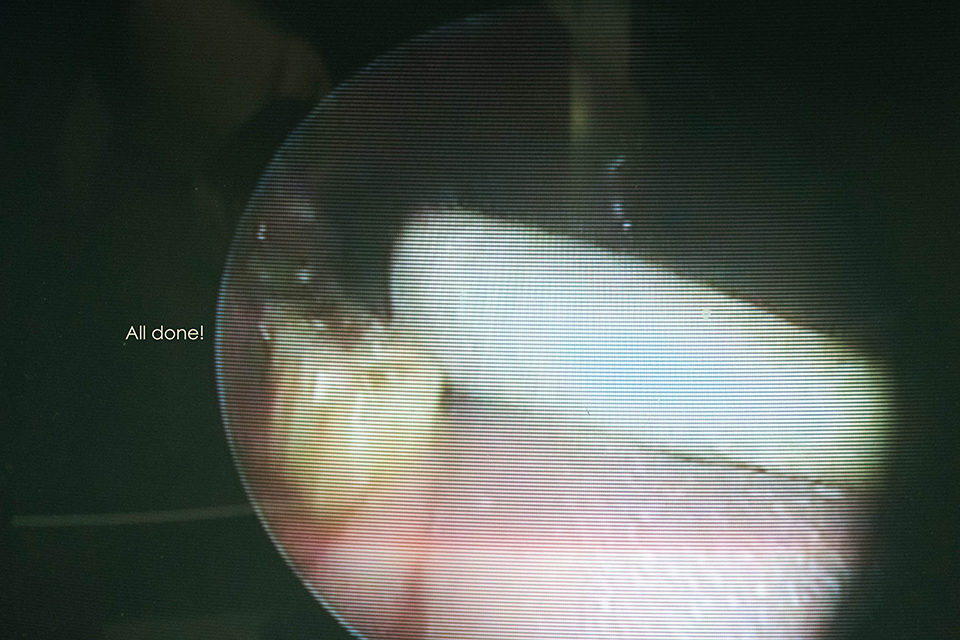